The man who got Osama 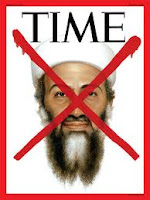