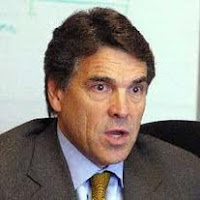 By Bob Gaydos
Some national political pundits are already promoting Texas Gov. Rick Perry to the head of the Republican class of presidential candidates because he is the chief executive of a state so large it can be regarded as a “mini-nation.” If you haven’t been paying attention, Perry is another folksy straight-shooter who once vetoed a bill that would have made it illegal to execute mentally retarded inmates. He has bragged a lot lately about his record insofar as creating jobs is concerned. Since he wants to be the chief executive of the whole dang nation, I thought it would be a good idea to check out exactly what kind of country we’re talking about. What is life like in Perryland, aka Texas?
For a detailed analysis, I went to the Texas Legislative Study Group’s fifth annual report on the state of their state, entitled “Texas on the Brink.” (You’re sensing something, aren’t you?) Full disclosure: The Texas Legislative Study Group does research on issues affecting Texans and prepares reports and policy papers for state legislators to help them decide what to do. It is a liberal-leaning group. However, all I’m presenting here are facts the group has compiled in assessing where Texas stands today in relation to other states. Texans do not quarrel with the study group’s facts; they merely disagree on their relative importance. That’s fine, I guess, if you’re happy living in Texas, but, as I said, Perry, who is as rigid as any other conservative candidate out there, wants to turn the whole USA into Perryland.
So, let’s start with jobs, shall we? Perry’s braggin’ on how Texas has created more jobs than any other state during the recession. True enough. Yet its unemployment rate in June was 8.2 percent, which was higher than New York’s. And last year, nearly 10 percent of the state’s work force, more than half a million people, were paid the federal minimum wage of $7.25 an hour, or less. That ties Texas with Mississippi for having the highest percentage of minimum-wage hourly workers. Not where you want to be number one.
Of course, Texas always has available jobs because of its huge energy industry. It also isn’t big on regulating business, has low taxes and housing prices and a warm climate. Those factors may attract people from other states to go to work in Texas, but as a national policy for creating jobs, it cannot work -- unless we ease immigration policies on Canada. Mexico is clearly another story.
And what do people find when they settle in Texas? A snapshot of Perryland compared to the other 49 states:
Of course, Perry has offered the usual argument about creating more jobs leading to greater wealth, better education and more opportunity. Here’s the state of education in Perryland (where teaching creationism is the governor’s answer to so many ills.):
Now, for a lot of our more conservative countrymen, these numbers might seem encouraging, since they feel New York and other states spend far too much on education in relation to the results. Well, the proof is in the pudding. Here’s how going cheap on schools has paid off in Perryland:
And for real braggin’ rights:
That takes care of opportunity, but that’s not all folks. All those low-income workers coming to Texas where the living is cheap have this to enjoy, courtesy of Gov. Perry:
Stay healthy, man.
And as far as being a low-tax state: A 2009 study found that families in the bottom 20 percent of the income scale pay more than three-and-a-half times as great a share of their earnings in taxes as the top one percent of Texans.
It all sounds like a very 21st century Republican approach to governing. Now, I’m all for reassessing budget allocations and belt-tightening all around, but I reckon I’m just not ready to turn the whole goldarn country into Perryland. Not just yet.