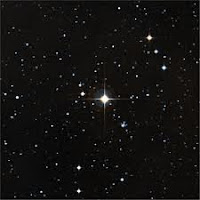 By Bob Gaydos
So, you know about Nibiru, right? Planet X?
Why are you giving me a blank stare? Nibiru. Or maybe you prefer Elenin. C’mon, it’s this freaky big planet hiding behind the sun that’s supposed to crash into Earth in December of 2011 killing us all. It’s all over the Internet, man. Don’t you ever watch YouTube?
This thing is so big and so scary that NASA and Google have formed a conspiracy to hide the information from us. They don’t want us to know when the end of the world is coming because, well, that’s part of the conspiracy, too.
I can understand your confusion. I am embarrassed to admit that I hadn’t heard of Nibiru either until about a week ago when my son, Zack, and I were watching TV. Something, perhaps some power of suggestion implanted in him hundreds of years ago by aliens, compelled him to ask me: “You know about that, right? That planet that’s supposed to hit the Earth?”
“Uh, no. How do you know this?”
“It’s on YouTube.“
‘‘Oh. And how do you know it’s true?” (Force of habit.)
“There’s a black rectangle on GoogleSky where it’s supposed to be.”
“So it’s a conspiracy?”
“Uh huh.”
(Disclaimer for Zack: He is a very bright 17-year-old with a particularly sadistic sense of humor on occasion. He will go right for your weak spot. Ergo: “How do you know it’s true?” “It’s all over the Internet.”
Of course, it is. David Morrison, a planetary astronomer at NASA and senior scientist at the NASA Astrobiology Institute, estimates that there are 2 million websites discussing Nibiru. It has been the source of countless wasted hours as people either expanded the hoax or wasted precious time trying to convince believers it was nonsense.
For the life of me, after four-plus decades in journalism, I still don’t get people’s attraction for conspiracy theories, the wilder the better. One of my operating principles has always been that the more complex, outrageous the theory being proposed, the simpler the probable answer: It’s about money; it’s about sex; it’s about fear/ignorance. It’s B.S.
So, personally, I am inclined to accept NASA’s statement that there is no mysterious planet hurtling to Earth because they -- or one of the millions of other humans who scan the night skies with really good telescopes would have seen it by now. And I accept Google’s explanation that the blank spot on its sky photo was the result of technical problems involving one of their many source for the data. I add credence to this explanation by also accepting the argument that, since GoogleSky is a picture of the actual sky, anyone could simply go outside, look through their telescope at the area in question and see what was there and take their own picture. Apparently no one has thought of doing this.
Simple, common sense explanations.
I also subscribe to the late Carl Sagan’s principle that “extraordinary claims demand extraordinary levels of evidence if they are to be believed.”
And the claims about Nibiru are nothing if not extraordinary. Still, I ventured relatively objectively into the Internet universe to research the subject until I stumbled on the origin of the Nibiru story.
In a nutshell: The doomsday scenario of collision with another planet was first described in 1995 by Nancy Lieder, a self-described "contactee." She claims to be able to receive messages through an implant in her brain from aliens in the Zeta Reticuli star system. She says she was chosen to warn mankind of an impending planetary collision which would wipe out humanity in May 2003. Oh yeah, this catastrophe was supposed to happen eight years ago, but when it didn’t, the doomsday fans looked around and found the Mayan calendar prediction of a 2012 cataclysmic end. Convenient, no?
Lieder gave the planet the name “Planet X,” which astronomers traditionally reserve for planets yet undiscovered. She further attached it to a popular book, “The Twelfth Planet,” which pinned the Nibiru story on ancient Sumerians, who supposedly believed humans evolved on Nibiru and stopped briefly on Earth to colonize it.
At this point, I was becoming somewhat less objective. I found more support for the Nibiru theory on websites that also wrote about extraterrestrials, the Illuminati, mind control, Freemasons, the matrix, and other prophecies. The constant theme was that, despite its size, no one could see Nibiru -- and thus prove its existence -- because of a grand conspiracy by government and science (and apparently Google) to hide it from us, to what end I still cannot fathom.
I leave it to psychologists to explain why some people feel the need to create grand hoaxes and conspiracy theories and why so many more people feel the need to believe them. I suppose it makes life more interesting, but I’m a “keep it simple stupid” kind of guy. Plus -- and this is just between you and me -- I know the U.S. government has a massive, secret, anti-alien unit that will make toast of Nibiru. It’s under the Denver Airport. Zack saw it on YouTube.
bobgaydos.blogspot.com
Posted by Bob Gaydos at 11:22 PM