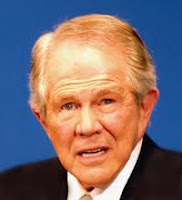 By Bob Gaydos
As Mitt Romney “root canals his way to the Republican nomination,” in the words of Time’s Joe Klein, I find it refreshing to look at some off-beat news stories that have nothing (so far as I can tell) to do with politics:
“LSD may help alcoholics stay off booze”
My immediate reaction to this headline I spotted on the web was, “No kidding.” Then it was, “Are you kidding me?” Followed by, “You’ve got to be kidding me.”
It seems a couple of PhD’s from Harvard and the Norwegian University of Science went through data from old research on whether LSD could be effective in combating alcoholism and published an article in the Journal of Psychopharmacology saying, in essence, maybe. They said alcoholics given regular treatments of LSD were less likely to drink than those not given the hallucinogen, but the results seemed to be good for only three months. They suggested exploring weekly or monthly LSD treatments to counter this.
The story on the study noted that the reported success may have to do with the fact that LSD changes perception, with some patients saying they “felt they were given a new lease on life” and resolving not to drink. That’s what traditional recovery programs work for without the use of drugs.
The two authors of the scientific article wrote, “It is puzzling why this treatment approach has been largely overlooked.”
Geez, I don’t know. I’m not a PhD or anything, but maybe it has to do with the fact that when alcoholics drink to avoid the troubles of this world, they don’t want to be transported to a make-believe universe in order to escape. Or maybe that some people don’t think being on a steady LSD trip is a suitable alternative to addiction.
But hey, if you’re hung up on using LSD because of all that bad press it got years ago, the authors say other psychedelics might also work. They suggested mescaline, for one. No one noted whether any of the data was from personal experience.
Pat Robertson says marijuana should be legalized
This story struck my fancy not so much for the message as the messenger. Pat Robertson? Really?
Really.
The 81-year-old religious broadcaster (photo), founder of the Christian Broadcasting Network, evangelical host of “The 700 Club,” said on his TV show recently: “I just think it’s shocking how many of these young people wind up in prison and they get turned into hardcore criminals because they had a possession of a very small amount of a controlled substance. The whole thing is crazy. We’ve said, ‘Well, we’re conservatives, we’re tough on crime.’ That’s baloney.”
He also told The New York Times, “I really believe we should treat marijuana the way we treat beverage alcohol. If people can go into a liquor store and buy a bottle of alcohol and drink it at home legally, then why do we say that the use of this other substance is somehow criminal?”
Robertson said he’s never used marijuana and won’t crusade for legalization, but thinks the nation’s “war on drugs” has been a huge failure, costing taxpayers billons of dollars.
There has not been any rush to follow Robertson from other conservative political or religious groups, but he does have a sizable, loyal following, so he could influence future discussion on legalization of pot
Personally, I think Robertson on many occasions has been loopy. He seems stone cold sober on this one.
$2 million bail set for ’Madam Mom’
Wow, a real juicy sex story right here in the Hudson Valley. Anna Gristina, 44, of Monroe, was charged with one -- note than, one -- count of prostitution for allegedly running a high-end call-girl business on Manhattan’s Upper East Side. This has weird written all over it.
Start with the fact that Manhattan prosecutors appear to have come after the mother of four because she allegedly bragged, while under secret surveillance, of having police and wealthy clients protecting her and subsequently refused to give those name to prosecutors. They filed the one charge against her and a judge set $2 million bail, apparently assuming she had millions squirreled away to help her flee, even though he assigned her a court-appointed lawyer because she is indigent.
It goes on. Her real lawyer, who handles what he and she say are legitimate business dealings, offered to put up his $2.5 million Manhattan condo for her bail, because he says she’s penniless. She also apparently rescues pigs, who roam her Monroe property.
Now, somewhere buried in all this, I assume, is evidence of someone being hurt by something she has done, but I’m not finding it. If she indeed is running a call-girl business, matching willing females with willing and wealthy clients, she would be an entrepreneur in Nevada. You know, state’s rights and all that. This is not a sex slave ring story. Yes, Uncle Sam might want his cut of the action and, I would assume, if her alleged business were legal in New York, Gristina would pay her taxes or face the penalty. It’s only tax evasion now, if true, because a crime is alleged. A victimless crime. And because the prosecutors didn’t get to parade some big shots before the cameras.
Keep your nose out of our business
One for our fans of foreign news. In Egypt, al Nour, a conservative Islamist political party, expelled its parliamentarian, Anwar el-Balkimy, because he’d had a nose job. Some party members saw this as a sinful act. And you thought running against Rick Santorum was tough.
* * *
Comments on any of these stories are welcome and encouraged.
Posted by Bob Gaydos at 2:18 PM