Fame, fate and other stuff 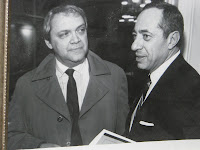