How can anyone be a Mets fan? 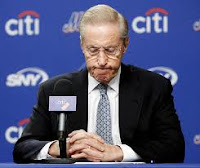