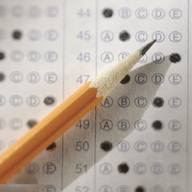 By Bob Gaydos
Memo from: New York City Dept. of Education
To: Makers of standardized tests to be used in the New York City public school system:
“There should be no mention of dinosaurs in the tests. No birthdays either. No Christmas, Halloween or Ramadan questions. No mention of divorce, disease or death. Politics and religion should be avoided. Also violence, poverty, junk food and homes with computers or swimming pools. Come to think of it, let’s also leave out television and video games, war and homelessness. Also rock and roll. In fact, we’ve provided a comprehensive list of words and subjects to be avoided in standardized tests because we don’t want the kids who grow up in the largest city in the country to feel uncomfortable or unpleasant while taking the tests.”
Relax. While that memo -- or some version of it -- may have been sent to providers of standardized tests, the list of banned words did not became policy in New York City. Yet.
The story, which broke a few weeks back, fortunately, had a short shelf life. After a couple of days of incredulous headlines, the city education officials responsible for putting together a list of suggested words to be banned relented and decided to let the test writers do their job.
That job, by the way, routinely involves avoiding words or subjects because of possibly justifiable geographical or cultural differences or wholly arbitrary decisions to avoid offending some group. And we wonder why American kids test so poorly when compared to those in other countries. Our tests may be standardized, but they omit a good deal of the actual lives our kids lead.
New York City’s list made headlines because it was long and, well, stupid. (It’s at the bottom of this column, so you can make you own judgment.) NYC Schools Chancellor Dennis Walcott said the intent was merely to give guidance to the test developers. “So we’re not an outlier in being politically correct;” he said. “This is just making sure that test makers are sensitive in the development of their tests.”
Good lord, many of them are already wary of including anything on dinosaurs (which kids love) on the tests because that would suggest that evolution is indeed a fact. Can’t have that in Tennessee. Halloween (and other topics that suggest the occult or witchcraft) is also routinely avoided, even though it is the second biggest holiday in the country after Christmas. Which is also verboten. And, of course, any mention of birthdays is off limits in many places because Jehovah’s Witnesses don’t celebrate them.
Maybe not, but they do know that other people do. And it’s not as if Christmas or Halloween are underground holidays, whatever one’s religious beliefs.
Rich? Poor? Married? Divorced? Healthy? Sick? Are these not universal topics? How are slavery and terrorism part of this nation’s history but not fit topics for a standardized test?
Children today are exposed to all of life on a daily basis as never before through TV and the Internet. It could be argued that kids who grow up in New York City are even more exposed to all of life because of the vastness and diversity of the city -- things city officials like to brag about. So why hold that against the kids?
No, you don’t have to go out of your way to make kids feel uncomfortable with topics such as sexual abuse, bullying, addiction, suicide or even natural disasters. The people who create the tests should be skilled enough to know what those words or topics are. But they shouldn’t be pressured to go beyond common sense to try to make their tests so innocent of life as to avoid offending any possible group.
Children learn to make judgments and distinctions as they grow up. They meet new people and hear new ideas all the time. Learning to assimilate those ideas into their lives and to adjust to a world in which they exist is a major part of maturing. We could use more of it in America.
People die. They get divorced. Countries fight wars. Celebrities do stupid things. Politicians, too. There are people for whom poverty and hunger are primary concerns every day. Others vacation in Aruba. Children don’t need to be shielded from the “uncomfortable” facts of life. Instead, they need to be taught about them and how to deal with them in proper settings.
Chancellor Walcott should take that now-abandoned list and try to figure out how to incorporate lessons on each topic at the appropriate place in the city schools’ curriculum. Then he can test the kids on it.
* * *
Here’s the list:
Abuse (physical, sexual, emotional, or psychological)
Alcohol (beer and liquor), tobacco, or drugs
Birthday celebrations (and birthdays)
Bodily functions
Cancer (and other diseases)
Catastrophes/disasters (tsunamis and hurricanes)
Celebrities
Children dealing with serious issues
Cigarettes (and other smoking paraphernalia)
Computers in the home (acceptable in a school or library setting)
Crime
Death and disease
Divorce
Evolution
Expensive gifts, vacations, and prizes
Gambling involving money
Halloween
Homelessness
Homes with swimming pools
Hunting
Junk food
In-depth discussions of sports that require prior knowledge
Loss of employment
Nuclear weapons
Occult topics (i.e. fortune-telling)
Parapsychology
Politics
Pornography
Poverty
Rap Music
Religion
Religious holidays and festivals (including but not limited to Christmas, Yom Kippur, and Ramadan)
Rock-and-Roll music
Running away
Sex
Slavery
Terrorism
Television and video games (excessive use)
Traumatic material (including material that may be particularly upsetting such as animal shelters)
Vermin (rats and roaches)
Violence
War and bloodshed
Weapons (guns, knives, etc.)
Witchcraft, sorcery, etc.
* * *
What do you think?
bobgaydos.blogspot.com
Posted by Bob Gaydos at 2:45 PM