Ten states where my sons should not live, ever 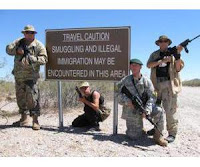 By Bob Gaydos
I ran into an old newspaper colleague at the Times Herald-Record offices the other day and in the process of catching up and complaining that I didn’t know what to write about for my blog this week, he asked if I was the one who had written an editorial for the Record (they’re anonymous) about some congressman claiming there are about 80 Democrats in Congress who were members of the Communist Party. “The nut job from Florida,” he said.
I was, I admitted, proudly. He shook his head and said something to the effect of, “Where do they find these guys?”
Where indeed, I agreed. “But more to the point,” I heard myself say, “who are the people who keep voting for them? I mean, really, would you want to live in a place where people put a guy like that in office? It’s one of the things I try to get across to my sons -- you get to choose your own career paths, but please, you don’t want to live in places where they keep electing morons.”
“Sounds like you’ve got a column,” the newspaper guy says.
And so I do.
Brief intro: Max is 20 and currently studying art at SUNY Purchase. Zack is 17 and will attend (no declared major) Western New England University in Springfield, Mass., in the fall. They are both bright and, due to environmental influences, liberally inclined politically and accepting of people of all types -- except, bless their hearts, morons in politics.
So yes, if nothing else I tell them sinks in, I figured at least I can warn them off living in some states later on, unless they never want to see me or their mother ever again.
This is not, by any means a scientific effort. Rather, it’s an off-the-top-of-my-head-with-a-dollop-of-research compiled list of states where you (Max and Zack, that is) don’t ever want to live. The primary criteria for making the list are: Rampant racism, anti-intellectualism, bigotry, intolerance, religious fanaticism, and electing morons to office over and over again. (If anyone who reads this is from any of these states and doesn’t see it, well, that’s your right. Just add denial to the list.)
These are going to have to be in no particular order mainly because I couldn’t decide which was worst among Texas, Arizona and Mississippi.
Let’s start with Arizona since it starts with an A. Arizona has devolved to such an extent that Sen. Barry Goldwater, darling of the John Birch Society, who was famously demonized by Lyndon Johnson in the 1964 presidential election (“Goldwater in ‘64, Cold Water in ‘65, Bread and Water in ‘66”), would have trouble getting support from the angry white conservatives who run the state today. Gov. Jan Brewer, who recently went toe-to-toe with President Obama on the airport tarmac, signed into law the most repressive, intolerant immigration law in the country.
The state’s current senators are Jon Kyl, whose only job as minority whip is to whip up votes to oppose anything whatsoever proposed by Obama, and John McCain, who used to have a spine and principles until he decided to run for president and needed the support of the Republican right wing. And he gave us Sarah Palin.
Also, Arizona is brutally hot, there’s no water and there’s a bunch of men with guns driving around patrolling the border with Mexico and they’re not cops (photo above).
OK, Texas. I could stop with George W. Bush and Rick Perry as back-to-back governors. OMG, Texas. But there’s more. Texans are loudly proud of a board of education that never heard of scientific research and a penal system that likes to keep the line moving on Death Row. Toss in religious fanatics, Tom Delay and a hostility to anything not Texan and no amount of Tex-Mex cuisine is enough to want to live there. Plus, outside a few big cities, it’s miles and miles of miles and miles. It’s no country for young men either.
As for Mississippi, what can you say about a state that perennially  ranks at the bottom of lists of states whose residents have a high school diploma, whose children are read to daily, who visit the dentist regularly, and who have a livable family income. Then there’s the racism, the anti-gay atmosphere and lack of concern with proper nutrition. Haley Barbour stepped down as governor in January, but not before granting full pardons to 193 inmates, including five convicted murders. His successor, Phil Bryant, on Wednesday said of Democrats in his state: “Their one mission in life is to abort children, is to kill children in the womb.” He said it after signing a bill to close down the state’s last remaining clinic that performs abortions.
Alright, this is getting depressing and that was not my goal. Let’s add South Carolina, which gave us the Civil War and, to prove things move slowly in the south, segregationist Sen. Strom Thurmond, anti-Obama at all costs Sen. Jim DeMint, immigrant-bashing Sen. Lindsay Graham and former Gov. Mark Sanford, who told his wife and the world he was hiking the Appalachian Trail when he was getting his exercise with his mistress in Brazil. You might get away with that in New York, but considering South Carolina’s arch-conservative approach to religion, family, etc. that qualifies as rank hypocrisy. Plus they still like to fly that Confederate Flag.
I’m going to wrap it up because this now looks like it could go on forever and I‘m beginning to feel intolerant. Other states to avoid, boys:
Alabama: See Mississippi.
Oklahoma, West Virginia, Tennessee, Kentucky: Lots of intolerant religious folk who carry guns, and don’t like blacks or gays. Or even women sometimes.
Alaska: Texas with snow. Plus, they elected Sarah Palin.
OK, that’s ten, a nice number for headline writers. But I gotta warn you, Georgia, Florida, Arkansas and Louisiana, I’ve got my eye on you, too.
(And thanks, Paul Brooks, for inspiring this column.)