The dingo and the madam ... 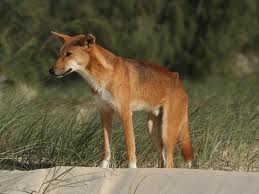 … with a touch of zombie fever
(A Bob and Bob encounter)
By Bob Gaydos
“So, did you hear that the dingo really did eat her baby?”
“What?”
“The woman in Australia, 30 years ago or so. Her baby went missing and she said a dingo (photo) stole it and ate it. Right out of the crib.”
“A dingo?”
“Yeah, you know, those wild dogs running around Australia with the koalas and kangaroos and jackrabbits and stuff. Geez, what a continent. They made a movie about it. Meryl Streep played the woman. The famous line in the movie was, ‘The dingo ate my baby.’ Elaine made it more famous on Seinfeld. ‘The dingo ate my baby. The dingo ate my baby.’ … Don’t you keep up with culture?”
“So what about the dingo?”
“Well, somehow no one believed the woman that a dingo snatched her baby from their camp in the Outback -- and don’t you think the restaurant guys might have picked a name not linked with wild dogs? Actually, at first, they did believe her. An inquest cleared her and blamed a dingo. Then they held another inquest and convicted her of murder. Got her husband as an accomplice. Then they held a third inquest and decided they couldn’t decide what happened. And now, finally, a coroner’s court or something has decided the dingo did it.”
“Why now?”
“Good question. Apparently, the dingos have been busy in recent years killing kids in Australia. I think it’s because the jackrabbits have gotten too big.”
… “Well, good for her. But you want to talk about injustice -- I see the ‘Monroe Madam’ finally got her bail reduced.”
“Slashed. Talk about abuse of power. Two million bucks bail on one prostitution charge because she wouldn’t give them names?
“For something done between consenting adults.”
“That’s legal in Nevada. … and, I guess, Colombia -- which I didn’t know until the Secret Service guys tried to cheat one of the working women. I think this is just the Manhattan DA trying to repair his reputation after messing up some big cases. Cy Vance's kid. He replaced Morgenthau who had the job forever and must have been like 93 or something,”
”Well, you know 90 is the new 85.”
“Yeah, right. Anyway, they had no business setting a punitive bail on her for what they charged her with. She’s sitting in jail in Manhattan for weeks and all the time telling them she’s got wild pigs to rescue in Monroe. It’s not right.’’
“Right. … There aren’t any dingos in Monroe, are there?”
“No. And another thing -- why does Bloomberg think people won’t just buy two, 16-ounce sodas? I get it that smoking is harmful to people whether they smoke or not and the state has a stake in regulating it. But I don’t get fat if you have a Big Gulp every day. If you’re 18, you’re on your own.”
“Yeah, but I’ll tell you what’s worse! (The speaker is not a Bob, but another patron of the establishment who has obviously been eavesdropping and has some strongly held opinions of his own.) Governor Cuomo,” he continues, “wants to legalize marijuana. How’d you like somebody driving while they’re smoking a doogie, never mind drinking a large soda?”
As this has taken the conversation in a direction neither Bob was eager to follow, they both just smiled and nodded., “Uh huh” in unison.
“You know something really weird though if you’re talking about government controlling our lives (which they really weren’t talking about, but were now in smiling and nodding mode)? You heard about that case in Florida in May? The guy eating another guy’s face?”
(Oh, thought one Bob, here comes the zombie conspiracy theory.)
“They blamed it on bath salts. But there was another guy in Maryland who ate his roommate’s intestines (thankfully the Bobs‘ bagels had been finished). One guy came from South America, the other guy came from Africa. They both came into this country through the airport in Miami. Coincidence? (Wild guess: Yes?) If the government is trying to find out how we react to certain substances (so they can, what, control us?) they could put it in the water someplace and see what happens.”
(So no zombie conspiracy? So what then? Banning big sodas, “legalizing“ pot and field-testing bath salts. What‘s the hook? Where’s he going with this?)
“It’s the beginning of communism.”
(Of course it is. Should have known.)
“Hey, (one Bob to the other) where you going?”
“Gottta go, man. I’m late. See you next week.”
“Yeah, right. Thanks, pal. Watch out for the dingos out there.”
“You watch out for the dingos in here.”
(This is virtually all true.)
bobgaydos.blogspot.com
Posted by Bob Gaydos at 5:46 PM