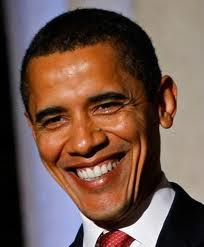 By Bob Gaydos
Maybe Barack Obama is finally figuring it out. You can only negotiate, compromise and reason with people who are willing to negotiate, compromise and reason. In other words, apparently no one with the authority to speak for the Republican Party.
Having committed itself on Day One of his presidency to a priority goal of denying Obama a second term as president, the GOP, led by the no’s of Tea Party conservatives, has opposed every idea, proposal, act of the Obama administration, including those with Republican origins. Even when the act is obviously a good thing -- a moral thing -- to do.
For example, Obama’s executive order immediately removing the fear of deportation from some 800,000 young people who were brought into this country as children by their immigrant parents. Make no mistake, these young people are Americans in every way but documentation. They have grown up in the United States, gone to our schools, our colleges, served in the military. They work in our businesses. And yet, with the fervor of the GOP anti-immigration campaign growing every day, these young people who call America home lived in fear of being sent back to a “home” they never knew.
Not any longer, thanks to Obama. In a quintessentially American act, the president gave these young people legal status. If they were brought here before age 16, have been here at least five years, are under 30 years old, are in school, have a high school or GED diploma or served in the armed forces, and have no criminal record, they can stay and even apply for work permits.
What was the Republican response to this humanitarian act?
They accused Obama of playing politics.
Really? That’s all of you’ve got? Politics? From a politician? Gosh, guys, you make it sound like a bad word. Just because you’ve been bashing Latinos for two years now during your presidential balloon fight of a primary race, anything positive a Democrat does on immigration is “politics”?
Face it, the GOP has surrendered any right it might have had to a Latino vote with its harsh anti-immigrant rhetoric. So Obama, or any Democrat, would be a fool not to appeal to Latinos. If that be politics, so be it -- but this also happens to be good policy and good politicians can marry policy and politics for success.
The pitiful GOP response included a failure by presumptive GOP presidential candidate Mitt Romney to answer a simple question -- although asked three times on “Face the Nation.” If he disagrees with Obama’s order welcoming these immigrants, would Romney, if elected president, issue an order nullifying it? Yes or no? He never replied. Best he offered is that “events” might supersede the president’s well-motivated move as the Romney administration sought a comprehensive answer to the immigration situation.
Yeah, like Republicans have sought for the past ten years. They have blown up the Dream Act, which was a bipartisan immigration effort, in favor of urging deportation and pretty much nothing else. The thing is, Obama has been deporting illegal immigrants at a record pace. But he has just made nearly a million young people -- who did nothing illegal -- immune from that threat.
Look, Republicans for the most part are simply ticked off that they have been trumped, politically. They have shown no real interest in a humane immigration policy for this nation of immigrants. They may rail about drug trafficking from Mexico, but for years they had no plan for the thousands of immigrants who streamed in from Mexico just to seek work -- often work most Americans didn’t want to do.
Worse, Republicans have become unable or unwilling to simply respond to acts or events for what they are. For example, to say in this case: The president did a good thing here. We applaud him.
Even Marco Rubio, the Florida senator with vice presidential aspirations and an obvious stake in the Latino vote, could not simply praise Obama for his humane gesture without suggesting it would have been better to get Congress involved.
Really, Mario? You know full well that Republicans in Congress scared George W. Bush away from humane immigration reform, which his instincts told him was the right thing to do and which could have been a major accomplishment in his otherwise disastrous presidency. Some Republican wing nuts in Congress are threatening to sue over Obama’s order, behaving as if the president does not have considerable powers of his own, including the power to grant amnesty and immunity from laws, including those on deportation.
Nothing drives a rigid, intolerant, uncompassionate, fearful, selfish person crazier than someone exhibiting a flexible, tolerant, compassionate, hopeful, generous attitude toward the object of their fear. Call it politics if you wish. Others call it basic human decency.
* * *
PS: I like that ending, but I have to add something for any Republicans who might have read this and feel upset or insulted or angry or whatever because they don’t necessarily agree with their party’s response to the president’s decision in this matter. It’s not my problem. If you are a Republican today, for better or worse, you are identified with these views. As I see it, you have three choices: (1) Accept the statements and views of your avowed leaders as they are, in silence; (2) work to bring your party back to a more traditional conservatism, one that still has a heart; or (3) get the heck out. The choice is yours, and that, too, is politics.
bobgaydos.blogspot.com
Posted by Bob Gaydos at 4:03 PM