Turns out, you really are what you eat 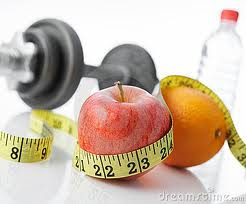 I don’t’ eat salt and sugar anymore. Well, I try not to, as much as is possible in America. Also no red meat, French fries or soda. I know, downright un-American.
As I write this, I‘m sitting in Dunkin’ Donuts alone, eating my oatmeal with fruit (fair) and veggie egg white (pretty good) breakfast. Medium coffee, no sugar. Ketchup Bob, who usually joins me, had a previous engagement. We’ll have to talk about that ketchup some other time.
The low-salt/sugar diet started about four months ago, the result of a long-delayed physical checkup and a decision that I wasn‘t ready for the slow-but-steady surrender to couch potato oblivion. Not by a long shot, it turns out to my pleasant surprise.
The doctor said I was too heavy and my blood pressure was too high. Vitamin D was too low. A couple of pills, some exercise and a new diet were prescribed. The pills have the blood pressure down to my former well-within-acceptable range and I have lost about 30 pounds (more to come). I am also walking two-to-three miles per week and have started what I call an exercise regimen, but my coach calls a reclamation project. I say it’s just semantics, but we’re working on it.
It turns out, the diet switch wasn’t nearly as difficult as I thought it would be. There’s a lot of salad in my diet now, more fruit and veggies and a lot of chicken. Also seafood. I have ventured into the previously mysterious world (to me) of vegan cuisine and have eaten sushi for the first time. More to the point, I’m prepared to go back for seconds. I have also relearned the art of using chopsticks (brown rice, please).
I am also happy to report that there are mighty tasty organic cookies (double chocolate) and that chocolate itself, if it’s mostly chocolate, is still good as well as good for you. And there are plenty of healthful salsa and chip varieties to satisfy that other craving. And Greek yogurt with fruit.
Don’t get me wrong, I’m not nearly settled in to this new diet. Not even sure what it will eventually turn out to be. I may splurge on an occasional steak or ice cream cone. Fanaticism is not one of my shortcomings. The doctor asked me to read “Wheat Belly,” a best-seller that launched the no-gluten craze. I’m not even sure I had a wheat belly, but I’m reading the book and I’ll have to get back to you on that. At the very least, I know that too much bread isn’t good for me.
The exercise regimen, on the other hand, has turned out to be more challenging. Even walking a half mile was exhausting initially.Weight training (dumbbells, not barbells) was, to be honest, humbling at first. My male ego had to wrestle with seeing the fairer sex easily do repetitions I could not finish. Pushups? Forget it. The only exercise I managed to feel OK doing at first was crunches. (And by the way, they’re paying off.) I’m also doing a lot of stretching and believe me my body needed it and I feel it.
I am happy to report that I am now doing a two-mile walk each week, with a one-mile stroll tossed in most weeks as well. There are also sessions on a stationary bike (soon to be increased, coach) and a general heightened awareness of how I walk (also tossed in for the coach).
So what? you say. Why should you care about what I eat or do with my body? Well, honestly, you don’t have to care. I’m doing this diary entry as a sort of selfish exercise in self-discipline, to remind myself that what I’m doing is working. I feel much healthier, look much healthier and even think in a healthier way than I did before I began this radical change. That’s win-win-win. I’ve had to buy new jeans and they are already too big.
It has always been my belief that it is never too late to do something if you really want to do it. Motivation is key, of course. As well as self-discipline and support and encouragement. Making this change a matter of public record also has the effect of making me stick to it as much as possible because I won’t like being asked whatever happened to your diet, chubby?
And, who knows, maybe it will influence someone else who is slipping into coach potato oblivion to resist and pull him or herself out of the cushions. Life is too short to fritter away. I have a long way to go, but the joy, they say, is in the journey. So I’m going to try to have fun as I go along.  (More stretches? Really coach?) I’ll keep you filled in on the details.
Next week, Bob, the ketchup talk.