People can get hooked on most anything


(My latest Addiction and Recovery column in the Times Herald-Record.)
By Bob Gaydos 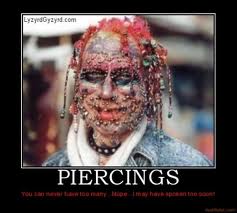 This column has as its primary focus the problems and solutions related to alcoholism, drug abuse and other significant addictive behaviors in society, such as gambling, over-eating and smoking. To be sure, there is more than enough to discuss in these areas to keep the column going indefinitely. But addiction or “addictive behavior” can take many forms.
I was talking with a friend about tattoos the other day -- how popular they’ve become, how artistic they can be, how much they can cost -- when he pointed to people who cover their entire bodies with inky art and asked, “Isn’t that an addiction?”
“Good question,” was all I could reply. “Sure sounds like it.”
This turned into a curiosity about some other types of behavior which or may not be addictive, but sure sound like it.
It turns out we humans can become “addicted” to almost anything, including eating dirt or reading. Honest. The dirt-eating sounds potentially harmful on the face of it, but can actually be beneficial if someone lacks necessary minerals present in the dirt. Reading, which sounds beneficial, is not necessarily so when it becomes an escape from reality, a barrier to sleep, or both.
Trouble is always the thing to look for when talking about addiction.
Let’s go back to tattooing. It has become a popular form of body modification, with many players in the National Basketball Association being walking billboards for the art form. J.R. Smith of the New York Knicks has his entire body, save for his face, covered in tattoos. But he’s also having his best season ever and, so, one has to ask whether this seeming addiction to get more and more tattoos has had any negative effect on his life. Or has he merely run out of space? Is it an addiction if he starts to tattoo his face?
Of course, there are other types of body modifications -- body piercings, which have been placed virtually everywhere on some bodies, and plastic surgery, which is a way of life for some performers and a tragic search for perfection in others. Examples abound about people who can’t seem to get enough of these modifications, despite the cost and the less than optimal results or ostracism from society.
Then there are the “collectors,” people who may start as fans of a particular object -- cigar store Indians, music boxes, 19th century periodicals, old toys, cars, anything, you name it, it’s collectible -- and may wind up as hoarders, which is a serious mental disorder and a sign of a life out of control. It becomes potentially dangerous when the hoarding extends to animals or garbage. The difference between addictive behavior and a quirky hobby in this case may simply be the willingness to part with some of the collection from time to time.
Of course, most of us know someone who is, in our view, addicted to video games, shopping, Facebook or texting, all of which can be normal social behavior except when taken to extreme. When time and bank accounts are negatively impacted, not to mention relationships with friends and family, it may be time for a cooling off period. If the withdrawal turns out to be surprisingly difficult, or impossible, addiction may be involved.
The manual therapists use to diagnose and treat addictions includes seven symptoms, withdrawal being one of them. The others are tolerance, difficulty in controlling use, negative consequences, neglecting other activities, spending significant time or energy on it and the desire to cut back on it. Having three of these symptoms for a year qualifies as an addiction.
Most clinical addictions, like the ones usually discussed n this space, also include a physical or neurological change in the person. That may mean the behaviors described here, while seemingly addictive, are not technically considered addictions. It does not mean they cannot be harmful. Again, if the behavior is causing trouble, it may be wise to consult with a qualified therapist before the problem becomes more deeply ingrained.