These pills are killing more than pain 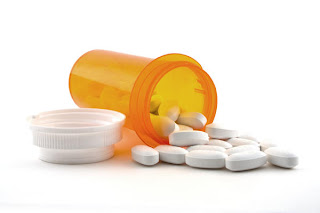 (The full version of my latest Addiction and Recovery column in the Times Herald-Record.

By Bob Gaydos
Painkiller pills have dominated the news on addictive drugs over the past month:


All of this adds up to the inescapable conclusion that prescription pain medications -- legal drugs -- have rapidly become a major drug addiction problem, as the CDC indicated. Hydrocodone is especially troubling since it is, in effect, legally prescribed heroin. Those who become addicted to it, whether by becoming too dependent on it while dealing with legitimate pain issues or, as with many young people, by stealing it from their parents’ medicine cabinets, sometimes turn to heroin itself, because it is cheaper than the pain medications.
Several issues arise from this conflux of stories. Among them:


So, more laws? More education? More treatment? As society continues to struggle with finding the best approach to reducing addiction to pain medications, perhaps the most important thing everyone can do to reduce the number of fatal medication overdoses is learn to recognize the signs of addiction to prescription painkillers: