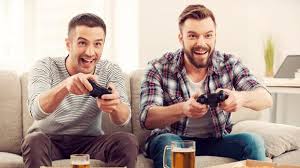 Which came first, the Internet or the addiction?
That existential question is at the heart of a debate among psychiatrists, psychologists and other professionals in the addiction treatment field. Is all that time people spend on their laptops, computers, tablets and smartphones a sign of addiction to the technology itself, or is the technology merely an extraordinarily convenient vehicle by which to accommodate the addiction? And, either way, is there potential harm?
The answer to that last question is yes.
Internet addiction disorder (sometimes called technology addiction or Internet Use Disorder) is not listed in the latest DSM manual (DSM-5 2013), which is used by psychiatrists to officially diagnose addictions. However, Internet gaming disorder (video games that are especially popular with men in their 20s and 30s) is listed as a condition worthy of further study.
The only non-substance related addiction included in the manual is gambling disorder. And yet, it doesn’t take a scientific study to know that there are people who spend hours online looking at pornography, still others who will shop at e-bay and other Internet sites as long as PayPal will allow them to and still others who have become day traders (and night traders) on the stock market -- either because it’s right there in their living room or because of some other less obvious reason that might come out in therapy.
And, of course, there are the those who frequent social media sites, such as Twitter, Facebook and Instagram (often at work), as well as ubiquitous texters (mostly teenagers) with smartphones at the ready wherever and whenever it’s necessary to share some news, or photo, or, you know, whatever.
Officially classified or not, some researchers believe that some of these behaviors -- hours of gaming, sex-related surfing or non-stop e-mailing or texting in particular -- have a lot in common with recognized addictive behaviors. To wit:
The researchers say people who use their cell phones or computers for hours at a time may feel a “high,” similar to substance-centered addicts, as well as a feeling of restlessness when cut off from technology.
Some video gamers have been known to play non-stop for several hours, eating junk food, drinking soda or energy drinks for the caffeine, and ruining their eyesight and posture. They may have trouble sleeping or may feel depressed. School work goes undone. Job performance suffers. In-person friendships suffer. Hobbies and other interests that do not involve technology disappear. Life revolves around the game.
For gamers, or those who spend excessive time shopping online, looking at pornography, taking selfies or constantly checking Facebook postings, it’s possible, even likely, that there are issues involved beyond the constant use of technology that would benefit from the expertise of a psychotherapist.
Which brings us back to that which-came-first question. Given the constantly expanding role of technology in our daily lives -- work, school, social communication depend on it -- treating the harmful behavior is not as simple as don’t pick up the drink, the drug or the credit card, or stay out of bars or casinos, or knock off the french fries. It’s more likely to consist of recognizing when the behavior is getting out of hand and working with a therapist on a plan to address it.
There are, for example, apps that will tell you it’s time to shut off your smartphone or do it for you and others that will shut off your computer internet connection or block specific Web pages. Figure out if any of these could work for you. If you’re a concerned parent, talk to your child about cutting back before arbitrarily confiscating the phone.
Whatever the addiction is --  whether it’s in the official DSM manual or not -- it’s all about control, or lack thereof. Bottom line: If a behavior is causing problems in your life, it’s a problem.

There’s a movie about it
With all addictions, it’s always comforting to know you’re not alone. With Internet addiction, there’s an award-winning movie that discusses the challenges and struggles of young people growing up in the digital age. “SCREENAGERS” explores family conflicts over video games, social media and academics. Screenings are available only through community events at a school, community group, church, synagogue, workplace, theater, etc. The Warwick Valley School District hosted a screening last year at the high school. It was followed up with a discussion featuring a panel of teens at the Albert Wisner Public Library.
More  information: http://www.screenagersmovie.com/host-a-screening/