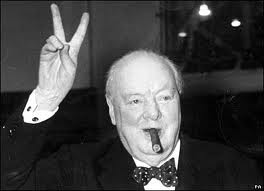 “October is a fine and dangerous season in America. a wonderful time to begin anything at all. You go to college, and every course in the catalogue looks wonderful.”
-- Thomas Merton

Yes, I’m back to The List. The 20/20 if you will. Choosing the 20 most influential thinkers of the 20th Century, as laid down in a challenge by a friend who has since failed to participate in the actual choosing and who shall, hence, go nameless until he deigns to join in the process.


Tim and Ernie, though, they’re a different story. Both have taken a sincere interest in the project and both said I should take a look at Thomas Merton. And since I respect both of their opinions, I did.


Quite the man, Merton. I confess that with Merton, as with quite a number of names mentioned in previous columns, my personal data bank did not go much beyond the superficial labels. Catholic. Monk. Pacifist. Author. Poet. Social activist.


But he was so much more than the sum of his parts. As a priest and author he preached a gospel of peaceful co-existence, including among religions. His too-brief life was a spiritual journey seeking to discover and praise the common threads of people’s different beliefs and to put those beliefs into action, protesting against war and racism. His writings and teachings influenced thousands and figured prominently in the 1960s anti-war and civil rights protests and the Thomas Merton Center in Pittsburgh to this day carries on his crusade for peace and social justice.
Coincidentally, the Center in November will present the annual Thomas Merton Award to Noam Chomsky, another renowned thinker, scholar, writer and long-time activist and potential member of The List.


The Merton quotation at the top of this column is not necessarily representative of his life’s work, but I like the simple truth it conveys as well as the timely convenience. It makes October a perfect time to start whittling The List to 20. This is not going to be easy, so I will start with those I think have to be on it and then consider the rest, the way baseball teams do in spring training.


So, not in any order, here’s the proposed foundation of the 20-person roster (If you object, speak now or start your own list):


Churchill is the only statesman on The List, suggesting to me that most of them, while having influence because of their positions, are not necessarily great thinkers. I think Churchill was the exception in the 20th Century. His oratory, courage and vision, not to mention leadership, were profoundly important in saving the world from the Axis powers in World War II and in shaping the modern world. He was also an artist and prolific writer, who enjoyed cigars and brandy. A sampling of his quotations provides a good snapshot of the multi-dimensional man:


What can I say? I like the way he thinks.