20 thinkers for the 20th century 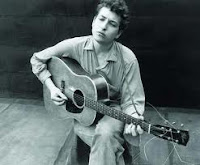 By Bob Gaydos
The time has come, admittedly much to my chagrin, to wrap this thinkers thing up and return to the real world of Rand Paul, Bristol Palin and Jersey Shore. Lord, what fools we mortals be. (Yeah, I lifted it.)
A few thoughts about this exercise in ego, selecting the 20 most influential thinkers of the 20th century:
At last count, I had 14 names. Here are the final six: Carl Jung, Bill Gates, Margaret Sanger, Bertrand Russell, Bob Dylan, and T.S. Eliot
Carl Jung had a profound influence, not only on psychotherapy, but on the culture well beyond. He gave us the concept of introversion vs. extroversion. He also introduced the concept of the collective unconscious, a universal storehouse, as it were, of everything that has happened, even before humans. This influenced Joseph Campbell‘s writing on mythology and the creation of the “Star Wars” movies. Jung also believed that a spiritual experience was necessary for someone to recover from alcoholism. This theory eventually found its way to Bill Wilson, co-founder of Alcoholics Anonymous, and in time became the bedrock of all 12-step support groups.
A young Bill Gates dreamed of one day seeing a computer on everybody’s desk. Ta da! Today, with his billions of dollars and generous spirit, he seems almost intent on putting each computer there himself, along with making sure every person on the planet has access to good health care. He may or may not be the richest man in the world, but the Gates Foundation is the largest charitable foundation in this country. And Warren Buffett, no slouch when it comes to vision and making money, has turned over his multi-billion-dollar empire to the Gates Foundation because Buffett says Gates is the smartest man he knows and his foundation is more capable of investing all their billions to help solve world problems. Talk about setting a good example.
Margaret Sanger founded Planned Parenthood and freed women to control their own bodies and, in turn, their lives and futures. A vigorous crusader, her efforts led to family planning, research on birth control, provision of contraception and other health services and education of the public on these issues. Providing women with the ability to control their fertility directly impacted women’s progress around the world in the workplace, in education and in the exercise of economic and political power. Like it or not, those are the facts.
As controversial as he was ubiquitous, Bertrand Russell was a superstar intellectual, philosopher, writer, logician, mathematician, historian and social critic, whose opinions were eagerly sought on every imaginable topic of the day (mostly the 1940s and ’50s). That means people paid attention to what he thought, He also palled around with Albert Einstein (see No. 1 on the list). Russell was a founder of analytic philosophy and his writings influenced logic and mathematics as well as linguistics and metaphysics. When not doing that, the British subject argued against imperialism as well as against Hitler and Stalin. He also campaigned against United States involvement in Vietnam and was a staunch advocate for nuclear disarmament. He also lived to be 97.
Some Russell quotes:
Bob Dylan has been called the poet-laureate of rock-n roll and the “voice of a generation.” Funny how that voice -- all gravelly and often incomprehensible -- has kept on going through generations, influencing not only musicians and songwriters, but the culture of the country. Would the civil rights and anti-war movements have been the same without Dylan’s musical accompaniment ("Blowin' in the Wind" and “The Times They Are a-Changin'")? Would young Americans have ever found their political voice and power without Dylan’s musical urgings? Maybe, but he surely has had a major influence in both areas, as well as on the kind of music people listen to. He never played at Woodstock, but a lot of people think he did. The stuff of legends, and he’s still on tour.
And finally, no list of influential thinkers worth its salt is complete without a poet. Poets make us think, not only about the lives we lead, but the manner in which we describe them. Poetic language is like no other, at once incisive, evocative, rhythmic and unforgettable. When it is good. Like T.S. Eliot’s. Eliot did not write as much poetry as a lot of his contemporaries, but no one had the influence he did in the 20th century -- even allowing for the nay-sayers who tore him down after his death. The expatriate American was also a playwright and the most influential critic in England in the 20th century. Plus, one of his lesser works, a book of light verse -- “Old Possum’s Book of Practical Cats” -- became the basis for the hit musical, “Cats.”
Some Eliot:
“This is the way the world ends
Not with a bang but a whimper.”
“I grow old … I grow old …
I shall wear the bottoms of my trousers rolled.
Shall I part my hair behind? Do I dare to eat a peach?
I shall wear white flannel trousers and walk upon the beach.
I have head the mermaids singing, each to each.
I do not think that they will sing to me.”
No matter, sir, those lines still sing to me.
* * *
So, here it is, in no particular order, my list of the 20 Most Influential Thinkers of the 20th Century:
If you stuck around, thanks for your patience. And now, alas, back to reality.
bobgaydos.blogspot.com
Posted by Bob Gaydos at 5:45 PM