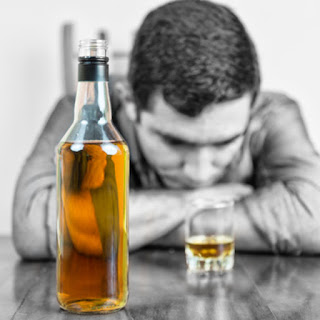 Perhaps the most important tool of recovery from alcoholism is self- honesty. In a society that often seems to revolve around drinking, it’s a rare person who easily admits he or she can’t drink the way everyone else seems to be able to do. Socially. Responsibly.

Two things about that:

Many people who are successful in recovery from alcoholism spend a good deal of time looking at themselves. Examining their motives. Judging their actions. It’s a way of warding off some of the things that alcoholics can use as excuses to drink.

Self-inventory is a critical part of the 12-Step recovery pioneered by Alcoholics Anonymous 75 years ago. Three of the 12 steps specifically deal with inventory-taking. Obviously, honesty is crucial to the process.

But the first honest moment for an alcoholic comes in admitting there’s a problem. Accepting it may have to come later. To help people determine if their drinking is something other than social, AA World Services has created a 12-step questionnaire. It’s the first step at what is hoped to be honest self-appraisal.

At this time of year, with people typically looking back at what was and perhaps looking forward to changing some things, it seemed like a good time to offer the AA questionnaire. There are other, similar questionnaires, some of which are used as diagnostic tools. This test can be taken privately, right now. Above all, for your own sake, be honest.

Answer YES or NO to the following questions.

1. Have you ever decided to stop drinking for a week or so, but only lasted for a couple of days?
Yes  No
2. Do you wish people would mind their own business about your drinking-- stop telling you what to do?
Yes  No
3. Have you ever switched from one kind of drink to another in the hope that this would keep you from getting drunk?
Yes  No
4. Have you had to have an eye-opener upon awakening during the past year?
Yes  No
5. Do you envy people who can drink without getting into trouble?
Yes  No
6. Have you had problems connected with drinking during the past year?
Yes  No
7. Has your drinking caused trouble at home?
Yes  No
8. Do you ever try to get "extra" drinks at a party because you do not get enough?
Yes  No
9. Do you tell yourself you can stop drinking any time you want to, even though you keep getting drunk when you don't mean to?
Yes  No
10. Have you missed days of work or school because of drinking?
Yes  No
11. Do you have "blackouts"?
(A "blackout" is when you have been drinking hours or days which you cannot remember. This is a pretty sure sign of alcoholic drinking.)
Yes  No
12. Have you ever felt that your life would be better if you did not drink?
Yes  No
According to AA, if you answered YES four or more times, you are probably in trouble with alcohol. The organization says this is based on results of thousands of people in A.A. saying so for many years. It also says, “Remember, there is no disgrace in facing up to the fact that you have a problem.”
If the results suggest a problem, it doesn’t mean you must go to AA for help, but you might want to consult a professional for verification and possible treatment. Or, you can go to an AA meeting. Maybe do both.


bobgaydos.blogspot.com
Posted by Bob Gaydos at 11:46 AM 0 comments

Nothing grand about this old party today

I almost don’t know where to start with this. The disintegration of the Republican Party, from a proud political party dedicated to the advancement of its view of the American way of life into a hostile, bigoted, fearful, reactionary group beholden to wealthy forces that care only for enhancing their own way of life, has left me confused, angry, fearful and sad.

It’s not just the sorry collection of presidential candidates the party has put forth. Nor is it just the inability of a Republican-led Congress to do anything but oppose every initiative by a Democratic president and, out of pique, shut down the entire government. And it’s not just the utter disrespect the party that constantly spouts patriotism demonstrates for the Office of President at every opportunity.

What confuses and saddens me the most is the apparent willingness of rank-and-file Republicans and Republican officials at every level of government to sit quietly by as if to say that everything Trump, Carson, Cruz, Huckabee, Christie, Fiorina, Rubio, Bush, Paul, et al say is OK. No problem. So it’s a lie. So it’s hateful. So it’s racist. So it’s stupid. So it's unconstitutional. So it’s inflammatory. So it’s really not the American way. So what? We’re okay with it.

Why do I feel this way? Because I don’t hear any Republican saying otherwise. Have you heard a Republican mayor, council member, county legislator, county executive, state legislator, governor, district attorney, etc. say publicly that Donald Trump’s utterings are racist, fascist and play to people’s fears? That they could lead to violent behavior on the part of individuals who feel justified because, after all, they are only responding to the words of the leading Republican presidential candidate?

I haven’t. Not one. Republican presidential candidates only began dumping on Trump recently when he said that all Muslims should be banned from entering the United States. Some party leaders joined them in criticizing Trump. This was apparently one Trump too much for them. It’s not what America stands for, they said. Not what the Republican party stands for, they said.

True. But Trump has been saying ugly stuff like this for weeks with no one complaining. Especially no rank-and-file Republicans. Did they expect him to stop on his own?

I know they're out there, those rank-and-files. I live in the middle of them. And I know that some of them certainly don't agree with much of what Trump, Cruz, Rubio, Fiorina, Paul, Bush, Carson, Christie and the rest have had to say about immigrants, guns, global warming, and Planned Parenthood, not to mention threatening Social Security.

While I have never belonged to any political party, I understand and respect their function in our society. I don't understand how longtime Republicans have let a super-conservative, ultra-religious, anti-science, anti-education, anti-government, anti-fact fringe element take control of their party without managing so much as a murmur of disagreement.

Sarah Palin was the warning flare. She was photogenic, but embarrassingly dumb. But she was the Republican candidate for vice president. Trump, Cruz and Carson are merely the culmination of years of Obama-bashing and dancing to the orders of Fox News and the brothers Koch. As the messages grew angrier and uglier, always rooted in fear and fiction, Republicans marched merrily, unquestioningly, along.

To Donald Trump. An adolescent bigot and misogynist with a huge ego, a couple of billion dollars in the bank and no allegiance whatsoever to the Republican Party. How dumb is that?

If Republicans now blow their party up in a desperate attempt to convince Americans that the American Way is the way of old, angry, closed-minded, resentful, greedy, white men who are constantly being told the government is their enemy, Rupert Murdoch will lose no sleep. His Fox News puppets will find another flock to boost their ratings and sell their books. The Koch brothers will find others to carry their water, selling their principles for generous campaign contributions. And Trump will go on being Trump, a reality TV star divorced from reality.

A two-party political system depends on at least a minimal effort by both parties to work together for the common good. If one party is, instead, intent on opposing everything the other proposes and does so in an increasingly hostile, intractable manner, there is no governing. It’s merely making lots of noise, fueling fear and anger among voters in the hopes of gaining power. It is a cynical, dangerous philosophy that can infect the entire body politic if allowed to go unchecked. That’s why I am frightened of this unwillingness by Republicans to call out the fear-mongers in their midst.

The Republican Party has been festering for years under the threat of Tea Party retaliation for those who dare to disagree. Just look at the sorry example of former House Speaker John Boehner. That festering sore has erupted in the form of Donald Trump, Ted Cruz, Ben Carson, Bobby Jindal, Mike Huckabee, Scott Walker, Marco Rubio, Carly Fiorina, Chris Christie and all the rest.

Even George Pataki, former New York governor and comparatively sensible Republican presidential candidate, is not immune. Pataki has declared, correctly, that Trump is "unfit to be president." But with his showing in the presidential polls at less than one percent, Pataki felt it necessary to declare war on ‘’radical Islam.” Send in the troops, kill them all, he Tweeted. His poll numbers didn't budge.

He has obviously been in the wrong political party from the beginning of this campaign, but not to worry. Pretty soon there won't be a Republican Party, at least not one to which he and all those other silent Republicans once belonged. That Big Tent they once spoke of has been folded and stuck in the garage. Sorry, women, Mexicans, gays, blacks, Muslims, college students, union members, atheists, scientists … Maybe some other time.

There’s nothing grand about this old party today.