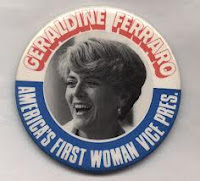 By Bob Gaydos
The manic meltdown of Charlie Sheen’s life, live on TV this week seemingly every time you turn it on, got me thinking about how we react to other people’s erratic behavior.
There is the “live and let live” theory, which says a person’s got the right to do whatever he wants to with his own life, his own body. It’s none of my business and no one, certainly no network, has the right to tell him otherwise, so long as no one else gets hurt. “Go get ’em, Charlie. Who do those CBS suits think they are, cancelling your show?” Admittedly, this view has been in the minority in the unfolding Sheen saga, but he has his fans.
Then there is the “I am my brother’s keeper” approach to life -- the one in which someone tries to rescue the drowning man, saving him from himself even if he has to be knocked out to do so. Charlie’s dad, Martin, has been smacked down trying to rescue his son too many times in the past to try again and no one else, including his ex-wives seems to really care anymore.
Which leaves us with the prevailing sentiment in America these days: “This is going to be one hell of a train wreck so let’s all jump on board for the ride of a lifetime.” Our celebrity-obsessed, reality-TV society thrives on this. But the ones most guilty of promoting this response to Sheen’s drug-fueled mental breakdown are so-called news shows on NBC, ABC, FOX and CNN. They fell all over themselves and Sheen to put the delusional actor on their networks and treat what he had to say as if they were the coherent thoughts of a person in his right mind.
Here’s an example of the wit and wisdom of Charlie Sheen, in an interview on ABC-TV: “I am on a drug. It's called Charlie Sheen. It's not available because if you try it, you will die. Your face will melt off, and your children will weep over your exploded body." The interviewer from TMZ, a celebrity website and TV show, absolutely fawned over the gaunt Sheen and the British guy on CNN who replaced Larry King was absolutely lost, as he is with most of his interviews.
ABC producers, trying to appear like serious journalists rather than sensationalist exploiters, took pains to tell viewers that Sheen had taken and passed a drug test, which showed he had no drugs in his body during the last 72 hours. But ABC did not say what drugs were tested for, nor account for the fact that alcohol, which Sheen consumes like air, is quick to metabolize. Maybe they believed his three-day home miracle cure from addiction.
(I should also note that CBS, which shut down Sheen’s show “Two-and-a-Half Men,” prompting his parade around the other airwaves to slander their executives with ethnic slurs, had given Sheen more than enough rope to hang himself with drunken, boorish, violent, illegal behavior over the years, but resisted stepping in since his show was a big hit. Their intervention, such as it was, came years too late to qualify in the “brother’s keeper” category.)
In truth, there is no excuse or justification for any of this prime TV coverage. If Sheen has not been drunk or drugged during the interviews, he has been suffering from some other mental disorder. Most likely it’s both, given the grandiose and delusional statements he’s made. For all anybody knows, he could have been in a blackout during any of the interviews.
None of this qualifies as anything but a sad -- and utterly predictable -- tale of addiction, denial, arrogance and, most likely, mental illness. And let’s not forget Sheen’s addiction to hookers and porn stars. The wreckage, which Sheen cannot see he has caused, is there in the pain inflicted on his family and in the future lives of his children, who will know of their father only shame when they can understand all this in the future. It is in the absurd, self-serving statements he makes every day as reporters write them down breathlessly and TV producers rush to get them on the air.
And that, oddly enough, is the silver lining in this tragedy: A nation long in denial about the effects of alcohol and drugs on people who appear to be functioning has been getting a first-hand lesson in addiction, live on TV in living color, well, actually, the grayish skin tones of the once handsome Sheen. This is what professionals who treat addicts deal with every day in the privacy of clinics and outpatient centers: the doggedly blind stubbornness of people who cannot admit that alcohol and drugs have taken over their lives and made them do things they might ordinarily not do. No, it’s not the cocaine and pot. I can handle the booze and pills. It’s all those people -- my wives and those guys in suits who can’t stand that I make all that money for them because I am wonderful and what do you mean I can’t see my kids because I’m an unfit father? Those porn stars are good kids.
The difference with Charlie Sheen is that he got away with it for so long because he was famous and powerful and made lots of money for people and so his bosses and even the courts looked the other way.
Meanwhile, other guys get fired for not showing up for work too many Mondays in a row. In America, some train wrecks are more entertaining than others.
bobgaydos.blogspot.com
Posted by Bob Gaydos at 2:25 PM 0 comments