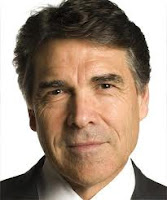 By Bob Gaydos
God bless Rick Perry.
Well, I don’t actually mean that literally, but what the heck, a lot of spiritual leaders say it’s good to pray for people with whom you have … issues. That qualifies Perry in my book. But what I really mean to do is thank him for, in his usual bumbling way, providing a concrete example of what the Occupy Wall Street movement is about.
Money. The pursuit of money. The power of money. The endless pursuit of money in politics. The overwhelming power of money in politics.
Perry, a Republican, is the governor of Texas, a state that was content with Democratic chief executives for decades until the turn of the recent century. Perry was elected lieutenant governor to Gov. George W. Bush in 1999, then succeeded him as governor when the U.S. Supreme Court elected him president. Apparently, the Texas Legislature must have repealed the IQ requirement for governor shortly after Ann Richards left office.
In any event, Perry, reputedly a charming guy and a master fundraiser, has seen his presidential hopes dimmed because every time he speaks he sounds confused, evasive or just plain dumb. (Again, this has apparently not been a problem in Texas politics.) However, the fact that these things also hold true for many of his Republican primary opponents has kept his presidential dream alive.
It also took him to the feet of a man whose very name has become synonymous with what politics is about today -- Donald Trump. Big money.
Perry had dinner with Trump in search of an endorsement and maybe some campaign donation. The thinking behind such courting is that, if Trump anoints Perry, perhaps a lot of others who want a piece of the Trump action will follow suit, just to ingratiate themselves with the Donald.
The fact that Trump, who abandoned his fake campaign weeks ago, still has any influence at all in GOP politics traces to his name and bank account. But Perry took the ingratiating far beyond the power and prestige route. He actually let one of Trump’s dumber ideas slip into his own conversation -- the idea that President Obama was not born in the United States.
Yup, Perry fell into the “birther” briar patch, in, of all places, an interview with a reporter for Parade Magazine. Now, this is virtually impossible to do since the apple pie-America Sunday magazine doesn’t even approach Katie Couric on the tough interviewer scale. Here’s what was said in the middle of a lengthy interview that was edited for the print version, but appeared in full online:
“Parade: Governor, do you believe that President Barack Obama was born in the United States?
“Perry: I have no reason to think otherwise.
“Parade: That's not a definitive, ‘Yes, I believe he’--
“Perry: Well, I don't have a definitive answer, because he's never seen my birth certificate.
“Parade: But you've seen his.
“Perry: I don't know. Have I?
“Parade: You don't believe what's been released?
“Perry: I don't know. I had dinner with Donald Trump the other night.
“Parade: And?
“Perry: That came up.
“Parade: And he said?
“Perry: He doesn't think it's real.
“Parade: And you said?
“Perry: I don't have any idea. It doesn't matter. He's the President of the United States. He's elected. It's a distractive issue.
First off, kudos to reporter Lynn Sherr for a textbook interview, following each of Perry’s answers to the next logical question.
Second: He doesn’t have any idea if Obama’s birth certificate is real? Really? After Obama provided his long form birth certificate in April and Trump was laughed out of the campaign for sticking with that insulting argument? This is where Perry wants to go just because he had dinner with Mr. Moneybags? And voters are supposed to take Perry seriously when he talks about budgets and flat taxes and a lot of other more complicated issues?
The online version of the Parade interview also contained interesting comments by Perry on secession. He denied ever suggesting that Texas do it, as has been reported, but insisted that he could “understand” why some might suggest it: “Let’s say somebody stands up at an event and says, ‘Secede.’ My response would be that we have a great country. I see no reason that we would ever want to dissolve it, but I do understand why people get frustrated when government does not work the way our Founding Fathers meant for it to. I totally understand why people would shout that out. Do I think it’s a realistic thing? No.”
Not realistic? Why give the wackos any wiggle room? They claim to be patriots, so why not just say, “No. It would be an irresponsible act of war”?
Imagine if Texas, theoretically, decided to secede because residents got “frustrated” with the federal government and the president decided, as Abraham Lincoln did, that it was his duty to protect and defend all property of the United States?
Fort Bliss. Fort Hood. Corpus Christi Naval Air Station/Naval Hospital. Lackland Air Force Base. NASA’s Johnson Space Center in Houston. Can Texas hope to just take them over without a fight? How about the oil fields crucial to U.S. security?
This is arrant nonsense, if not treason, and the fact that Perry can’t just say so is evidence of a mind too confused trying to figure out what he can say and still raise cash from the loony fringe of the Republican Party. Which includes Trump on the “birther” issue.
Sarah Palin, God bless her, figured it out. She decided to keep saying whatever popped into her head, raise bundles of money from the faithful, and leave the campaigning to the suckers.
bobgaydos.blogspot.com
Posted by Bob Gaydos at 10:07 PM