At last, a Republican world, far, far away 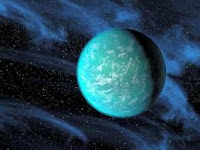 By Bob Gaydos
You say you don’t believe in fate, that there is no grand scheme, that life is not a complex mosaic that connects us all and somehow fits the pieces together when we’re not looking? OK. I get it. I used to be one of you. Life was just a bunch of random occurrences happening to random people at random intervals. When something somehow worked out just the way we would have liked it to, had we even thought of it, it was a happy coincidence.
One thing that always bothered me though, about that randomness explanation was, for want of a better phrase, our emotional human reactions to stuff that happens. If it’s all a crap shoot, who cares? Why get so worked up over things? Why not just count your coincidences and be happy?
But I don’t even care about that anymore. You live long enough, stuff happens, you stop trying to figure out why and sometimes you’re just grateful that it did.
So … a few days ago I wrote an angry piece in which I asked what I thought was a rhetorical question: “In what civilized universe is the field of presidential candidates put forth by the Republican Party considered anything but an insult to the intelligence?”
Well, lo and behold, a few days later, one of those things you call a “coincidence” and I call a sublime alignment of the stars happened. NASA announced it had discovered an “earth-sized” planet orbiting around a star much like our own sun, located in the sweet spot of its constellation where life as we define it could actually exist. NASA scientists hailed the discovery of the planet as a major step in finding Earth’s “twin.”
A civilized universe, as it were, waiting to be claimed.
The message was clear. What a perfect answer, I thought, to the perplexing problem of what to do with all those Republican presidential candidates and the people who actually think any of them is capable of being president of the United States. We could build a fleet of space ships big enough to carry them all and blast off for Kepler-22b, as the planet has been named.
Money, always the major obstacle to space flight, would probably not be a big deal. I figure most Democrats, liberals, progressives and, in truth, any American with a modicum of common sense would be willing to scrap every project in the U.S. space program and direct all the resources to developing the spacecrafts as quickly as possible. They’d probably chip in. If more funding was needed, the Koch brothers and other major contributors to the Republican Party would probably be willing to kick in big bucks, especially if the major donors got to put their names on the space ships.
Tell me Donald Trump wouldn’t drop plans to host a Republican debate in Iowa in a heartbeat if he could put his name on the side of a spaceship bound for a new world. A new world, by the way, where he could settle his own country if he wanted and have first dibs on examining everybody’s birth certificate and passport. He could probably even fire the space crew if they didn’t live up to his standards and fly the ship himself.
But it’s not just Trump who would be happy on Earth’s “twin.” Everybody on those ships would be living in heaven, some probably taking the thought literally. Think of it. A planet with no immigration problem, a West Virginia with its own sun. No need for fences. No messy deportations. Minimum-wage jobs for anyone who wants one.
Not that anyone would, what with a population and government dedicated to the proposition that whoever works the hardest makes the most money and gets to keep it. No IRS. No fussy environmental rules to harass developers and investors looking to reap the benefits of the planet’s abundant supply of resources.
No gays. No abortions. No smarty-pants college professors (except for Newt). No socialists. No welfare. No Medicaid. No Medicare. No Social Security. Probably not a lot of old people. Definitely no poor people.
Lots of guns, though. And churches. As many as they want and plenty of praying in schools. Learning history would be optional (a concession to Michele Bachmann) and so would science (Jon Huntsman would not make the trip). And male politicians could have as many wives and mistresses as they want and lie about it with no fear of negative repercussions, an adaptation of the French model on this planet.
The Earth-twin government would consist mostly of a large army to discourage or repel threats from without and a police force trained to detect and suppress threats from within. The new constitution might have fewer amendments. Everyone would own shares of stock in a new inter-stellar exchange and no one would pay capital gains taxes. Mitt Romney could even decide to stay here if he felt more comfortable.
This, in sum, could be the Utopia for which Republicans have been praying, although they would probably want to change the planet’s name. Kepler-22b is dull even for Republicans. Selling the naming rights would probably bring in a tidy sum, though.
Of course, colonizing a new planet and getting it up to speed to interact with societies on other planets obviously can’t be done overnight. But a lot of the work -- planning, campaigning, law-writing, voting, mating -- could be done on the historic flight. NASA scientists say the new planet is 600 light years away, meaning it would take the only currently operating space vehicle -- the space shuttle -- about 23 million years to get there.
Sounds about right.
bobgaydos.blogspot.com
Posted by Bob Gaydos at 11:28 PM