Bagels and farts, hold the dressing 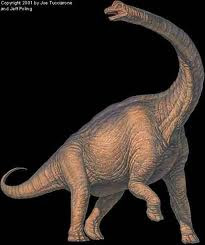 By Bob Gaydos
“So you know how some people use religion to say that gay marriage should not be allowed and others say that as long as it doesn’t affect them they don’t care, that it should be an individual choice?”
“Yeah.”
“OK. So you know how people add dressings -- Russian, Italian, ranch -- when they eat salads?”
“Yeah.”
“So how come when I eat my salad with no dressing people look at me funny and tell me I’m weird? Isn’t that my individual choice?”
“Nothing at all?”
“Nothing.”
(Long pause for effect.) “No … you’re weird. That’s just messed up. A salad with no dressing? How about oil and vinegar?”
“I hate vinegar. I do put ketchup on my lettuce, though. And it’s tomato ketchup.”
“Eww. That’s disgusting. What’s wrong with you? This sounds like it might stem from some repressed childhood crisis.”
“But it’s tomato ketchup.”
* * *
The two Bobs have been meeting over coffee and buttered, toasted sesame bagels for some time, figuring out what’s wrong with the world, how it could be easily fixed if someone would only let them and agreeing that their sons were going to do whatever the hell they pleased, so it made no sense to worry about them. Although they did.
This particular morning, there was a shortage of weighty topics, though and having exhausted salads without dressing they moved on to dinosaur farts.
“So,” says the Bob who likes dressing on his salad, “I saw this report from the BBC. It says the dinosaurs, in effect, farted themselves into extinction.”
“What?”
“Yeah. You know how cows produce an incredible amount of methane, which is the scientific name for cow farts, and methane is one of those greenhouse gasses that contribute to global warming?”
“Yeah. OK …?”
“Well, some scientists in England figured if cows today produce 50 million to 100 million cubic tons of methane a year, which sounds like a s**tload of methane, the biggest dinosaur species, like the Brachiosaurus (picture above), must have created even more.”
“Seriously, they got money to study this instead of why boring soccer games cause riots?”
“Yeah. A bunch of scientists from universities in England and Scotland figured out mathematically that the big dinosaurs that lived about 150 million years ago created about 520 million cubic tons of gas every year, which must have really stunk up the joint. But they say it also made the earth much warmer -- 18 degrees hotter -- than it is today and that helped melt the ice caps and glug, glug, no more dinosaurs.”
“No s**t?”
“No. And if you remember your biology, those dinosaurs were vegetarians.”
“So?”
“So it mean they were basically eating salads without dressing and farting themselves to death. A cautionary tale if there ever was one.”
“Eat your bagel.”
“Fine. Wanna hear some good news on the save-the-earth front?”
“Sure.”
“OK, so some students and professors from Yale were apparently wandering through the Amazon rain forest on an educational expedition and found fungi that -- get this -- eat plastic.”
“Get outta here.”
“Really. There’s a paper on it. They gathered up a bunch of plants and snooped around inside them and found a couple of fungi that eat and digest polyurethane. In fact, they don’t need anything else to survive. And you know the greenies keep telling us we’re going to be buried alive in polyurethane. Maybe the fungi can save us.”
“Well, I guess that would be a good thing. But is polyurethane even a plastic?”
“I don’t know. I think so, but that’s not the point. When did you become such a science whiz? The point is, it’s in everything we use and throw away. Maybe the fungi can be used to get rid of some of it. Cool, huh?”
“Yeah, great. But tell me this -- what happens after the fungi eat the polyurethane?”
“Whaddyou mean?”
“It’s digestion, right? What do the fungi give off as part of the process? Are they putting more methane into the atmosphere?”
“Jeez, I don’t know. But how much could fungi fart in comparison to cows or dinosaurs? And it probably wouldn’t smell as bad.”
“Yeah, probably not.”
“All right, gotta go. See you next week.”
“Right. Hey, maybe try a little honey mustard dressing on your salad next time, instead of tomato ketchup.”
(Part of the preceding actually happened. The rest was made up, but entirely plausible.)
bobgaydos.blogspot.com
Posted by Bob Gaydos at 3:50 PM