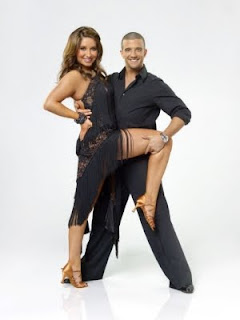 And the beat goes on.

Apparently, thinking about thinkers is contagious, or at least a welcome diversion from thinking about how Bristol Palin is so much her mother’s daughter.

In case you somehow managed to avoid the news, the unmarried 19-year-old daughter of the former governor of Alaska and former vice presidential candidate, recently, in rapid succession, reunited with the father of her 18-month-old son, getting a hefty fee to announce it on the cover of People magazine, broke up with the scoundrel when he apparently told her he had gotten another woman pregnant, also rejecting his offer to be on a family reality show ("He's just obsessed with the limelight and I got played.") and announced she would appear on TV‘s “Dancing with the Stars,’ wearing “modest” lace and fringe outfits. Charming.

She’s also been ordered by Mom to move back home, apparently to obtain the continued benefits of her responsible adult supervision. Which is all a kind of cheesy, roundabout way to sheepishly admit I had somehow left off The List the names of the guys whose thinking broke the code on DNA.

The omission was brought to my attention in a humbling e-mail:
“How can you not include those whose thoughts led to the genomic era?  At the very least, Watson & Crick (Nobel laureates for their work on DNA) should be on your list. Genomics has revolutionized medicine and deepened our understanding of evolution, genetic susceptibility to disease, etc.
Toby G. Rossman, Ph.D.
Professor of Environmental Medicine
NYU Langone School of Medicine”

Before I get to Watson and Crick, let me say I am thrilled that a seriously heavy thinker is reading and commenting on this blog. This is not to suggest that the rest of you are not legit thinkers, but I Googled Dr. Rossman and she’s the real thing. Plus she’s local and is actively involved in the Science Café, which is, oddly enough, exactly what it sounds like -- a bunch of scientists sitting around drinking coffee or wine and talking about the kind of topics that switched my major from engineering to writing.

So welcome, Dr. Rossman, and thanks for the double helix duo, unarguably two of the most influential thinkers of the past 110 years. Not that I’m too thrilled with some of the other stuff that came out of Watson’s mind … and mouth. You know, how genetic screening and engineering could be useful I curing the “really stupid” 10 percent of the people and turning out lots of pretty girls. Or letting a woman abort a child if she didn’t want is to be homosexual or heterosexual. Or his infamous "[I am] inherently gloomy about the prospect of Africa [because] all our social policies are based on the fact that their intelligence is the same as ours —whereas all the testing says not really."

The profoundly positive significance of DNA science would seem to overwhelm Watson’s other thinking and Crick, his fellow Nobel scientist, had no such socially dubious baggage.

Moving on, Valerie Lucznikowska had some thoughts on Nikola Tesla, the focus of my previous column: “Tesla should be there at or near the top. He also invented sonar during WWI, and when he died, at the beginning of WWII, the U.S. government whisked his papers away, and to the best of my knowledge, still have them under lock and key. In his studio in NYC he had lamps with no electric cords, and he played with others, tossing a ball of light back and forth; that has never been reproduced. Yes, he was very sensitive, strange and a compulsive, counting the spoonfuls of soup he ate. But his unusual love of a white pigeon whom he fed at his window reminds me that years later, pigeons were found to have internal magnetic sensors that locate them and point their way home. Did he know or sense something there?”

The other suggestions continued to attest to the wide range of interests of our readers:
-- Jeffrey Page (fellow Zester): Groucho? (Love him.) Clarence Darrow? John Ford?
-- Carrie Jacobson: Ted Williams? (Huh?) Al Gore? (Hmm.).
-- Michael Kaufman: “Glad you included Dorothy Day. I saw her speak a couple of times in Union Square on May Day. I don’t know why you didn’t go with Charlie Parker, considering his influence on jazz musicians to this day, but how about Louis Armstrong? As Miles Davis said, “You can’t play nothing on modern trumpet that doesn’t come from him…” And/or Duke Ellington, of whom Miles said, “At least one day out of the year all musicians should just put their instruments down, and give thanks to Duke Ellington.” (OK, but how influential was jazz in the big scheme of things?)
-- Christine Young: Jon Stewart. Ah. A woman after my own heart.

I can keep going as long as you can.

Bob can be reached at bobgaydos.blogspot.com
Posted by Bob Gaydos at 2:11 PM